I'm so excited that fall is FINALLY on its way to the world. The most perfect reading weather is fast approaching and I couldn't be happier. So in honor of fall's decent I thought I'd share some of my anticipated reads for the season.

I'm working with Kat from Kat's Corner Books & Jordan from Read. Eat. Repeat.  to share some of our anticipated books for the second half of the year. Don't forget to check out their posts! 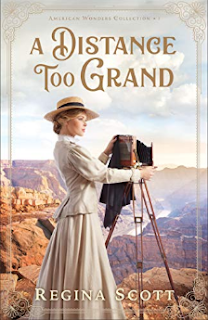 "Meg Pero has been assisting her photographer father since she was big enough to carry his equipment, so when he dies she is determined to take over his profession--starting with fulfilling the contract he signed to serve on an Army survey of the North Rim of the Grand Canyon in 1871. What she doesn't realize is that the leader of the expedition is none other than the man she once refused to marry.
Captain Ben Coleridge would like nothing more than to leave without the woman who broke his heart, but he refuses to wait even one more day to get started. This survey is a screen for another, more personal mission, one he cannot share with any member of his team.As dangers arise from all sides, including within the survey party, Meg and Ben must work together to stay alive, fulfill their duties, and, just maybe, rekindle a love that neither had completely left behind."

I'm SO excited for this book!! Regina Scott is one of my favorite authors, so I was so excited to learn she had a series coming out with Revell this year! "At the advice of her therapist, homicide survivor Harper Reynolds has traded her job as a crime scene photographer for a more peaceful life taking photographs of the natural world. But her hopes for a life surrounded by the serenity of the outdoors are dashed when she inadvertently captures a murder being committed in Jackson Hole, Wyoming. She flees the scene in fear--and loses the camera.
Former Green Beret Heath McKade is a reserve deputy in an understaffed county who has been called in to protect Harper, a childhood friend he is surprised to see back in the area. When Harper learns that the sheriff's department can't find any evidence of the murder she witnessed, she is determined to do what she can to see that justice is done. What neither Harper nor Heath could know is how many explosive secrets from the past will be exposed--or how deeply they will fall for each other.In this suspenseful page-turner, bestselling author Elizabeth Goddard keeps you on the edge of your seat as you discover that uncommon justice lies just on the other side of fear."

I LOVED the first book in this series, and I have ANXIOUSLY awaited book 2's release since last year! 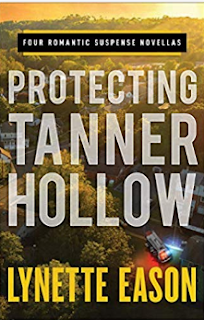 "Four nail-biting novellas in one!

Lethal HomecomingNolan Tanner never got over Kallie Ainsworth's sudden, unexplained departure. Now when he comes to her rescue after an attempt on her life, all the old feelings come rushing back.
Lethal ConspiracyWhen professional fundraiser Lillian Maloney sees her father's campaign manager commit murder, she goes on the run from the men he hires to kill her. A close call brings firefighter Jason Tanner to the rescue, but the killer is closing in . . .
Lethal SecretsSomeone wants Honor McBride dead. When Eli Murphy helps her change a flat tire and discovers the danger Honor is in, he longs to help--but Eli has secrets of his own that could get them all killed.
Lethal AgendaWhen Detective Derek St. John rescues a woman he's met only once before--and has never been able to forget--he finds himself falling for her. But he'll have to keep Claire Montgomery alive if they're to have a future together."

I loooove a good novella collection, so I was pumped to hear Lynette was publishing one of her own!
(We're even getting the last "Blue Justice" sibling story in this one) 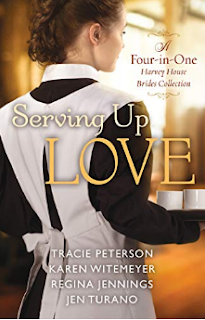 "Bestselling novelist Tracie Peterson joins Karen Witemeyer, Regina Jennings, and Jen Turano in this collection of four novellas, each featuring a Harvey Girl heroine. From Kansas to Texas, the Grand Canyon to New Mexico, the stories cross the country with tales of sweet romance and entertaining history.
In Karen Witemeyer's "More Than a Pretty Face," a young woman works her hardest to escape poor choices from her youth. Tracie Peterson offers "A Flood of Love," where reuniting with an old flame after more than a decade offers unexpected results. Regina Jennings's "Intrigue a la Mode" delights with a tale of a young woman determined to help support her family, despite warnings of danger nearby. And Jen Turano's "Grand Encounters" heads to the Grand Canyon with a tale of a society belle intent on finding a new life for herself."

Y'all I am READY for this collection...like yesterday! LOOK AT THIS LINEUP!! *squeals* 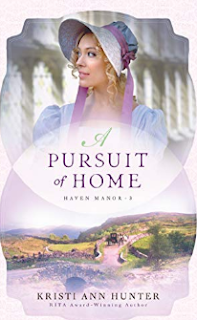 "In early 1800s England, Jess Beauchene has spent most of her life in hiding and always on the move in an effort to leave her past far behind her. But when she learns the family she thought had died just might be alive and in danger, she knows her secrets can only stay buried for so long.
Derek Thornbury loves the past, which has led him to become an expert in history and artifacts. He knows Jess has never liked him, but when she requests his help deciphering the clues laid out in an old family diary, he can't resist the urge to solve the puzzle. As Jess and Derek race to find the hidden artifact before her family's enemies, they learn as much about each other as they do about the past. But can their search to uncover the truth and set history right lead to a future together?"

I think anyone who has ever read one of Kristi's books is anticipating this release. One of the most mysterious characters is getting her love story! I need it to be November now!!

There are SO many amazing books coming out this year, it's hard to dwindle it down. I'm really excited for these books, as well as all the others. (Because books are life!)

What is one book your really looking forward to reading this year?